Newcastle United And Its New Money Targets: Cash is Prince

The 300-million-pound ($409 million) takeover by the Saudi Public Investment Fund (PIF) initially collapsed last year. This came as concerns mounted over how much control the kingdom’s leadership would have in the running of Newcastle. PIF has had to offer assurances to the Premier League that its chairman, Saudi Crown Prince Mohammed bin Salman, and in turn the state will not have any control of the running of Newcastle United.

The Premier League received “legally binding assurances“ that the Kingdom of Saudi Arabia will not control Newcastle United Football Club, allowing the takeover to be finalized.

The takeover ends the 14-year ownership by British retail tycoon Mike Ashley. Of course, Ashley is widely viewed as a figure of scorn in the one-club city. Newcastle has not won a major trophy since the 1955 FA Cup and its last league title was in 1927.

Manager Steve Bruce is set to make his 1,000th Appearance as a manager this weekend against Tottenham Hotspurs. Although, several reports suggest he might be relieved of his duties prior to the game against Spurs and will likely have to reach that milestone elsewhere (what a debut that will be). According to Sky Sports, Steve Bruce is currently owed an £8 million (roughly $9.2 million) pay-off if he is sacked as expected.

Listed below are the odds on potential replacements for Steve Bruce:

Despite the odds, it seems unlikely that Rodgers would join Newcastle United. He has shown a commitment to the project he is leading at Leicester City. Many believe Frank Lampard will get another crack at the sports’ pool of talented stars, having already resembled a kid in a candy store. After all, he has spent around €247.2 million while in charge at Chelsea last season.

To his credit, he did put together a Champions League-winning team, he just didn’t know how to use them.

Managerial changes aren’t the only ones to expect. With such an infusion of cash, the most exciting process that inevitably follows is the rebuilding of the squad. With money no longer an issue for the toon, no player is, theoretically, out of reach.

Several names have been thrown around to join Newcastle United since the completion of the takeover. While this is all rumor and speculation, for now, we’ve compiled the most likely acquisitions based on recent reports.

Manchester United’s Anthony Martial, Jesse Lingard, Donny van de Beek, and Eric Bailly are shortlisted by the magpies. Real Madrid’s Gareth Bale, who seems to save his best football for the Premier League, is also on the shortlist. Former Liverpool playmaker Philippe Coutinho, who has struggled at Barcelona, is another realistic target.

Along with those names is a list of Juventus footballers, including midfielders Aaron Ramsey and Adrien Rabiot. Others under consideration include Burnley defender James Tarkowski, Napoli center-half Kalidou Koulibaly, & the PSG Goalkeeper Keylor Navas.

A key factor that not many reports have been discussing is Steve Bruce’s new replacement. Obviously, this person will have a say in which players the northeast club goes for. Each football manager comes with their own vision, tactical strengths, and ideas. That comes along with different priorities when it comes to spending money to improve the squad.

While it may be exciting to think of potential big signings, the entire shortlist could be scrapped. As it’s all depending on who Newcastle United hires as the leader of this new era at St. James’ Park.

The WWE Championship is arguably the biggest prize in...

It all boils down to this, the Show of...

With so much success, it is easy to forget...

NBA Superstars Versus The League 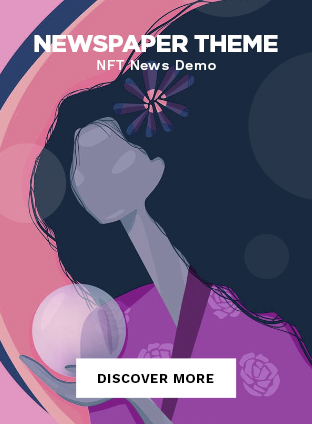